I just saw this bumper sticker on a car in front of me - Eat, Sleep, Honda

What's great is once you create a design like this, you can replace the third square with anything - doughnuts, unicorns, video games, roller skates, coffee, bacon, knitting needles...

What's great is once you create a design like this, you can replace the third square with anything Groups of threes sound powerful, catchy and completed in speech. They are perfect for jokes too because you can set a tone with the first two elements and break it with the third for a shock/humor result. e.g. "I can't think of anything worse after a night of drinking than waking up next to someone and not being able to remember their name, or how you met, or why they're dead." (Laura Kightlinger) or Englishman, Scotsman and Irishman jokes. Or "Can I get you anything? Cup of coffee? Doughnut? Toupee?" (Dick Van Dyke)

You can use the rule of threes to come up with both serious and funny t-shirts, bumper stickers, mugs, planners...

Here are some methods:

I'm sure there's a million more ways to use the rule of threes :)

p.s. The Honda logo is a trademark, expect lawyers if you use it on a major platform. 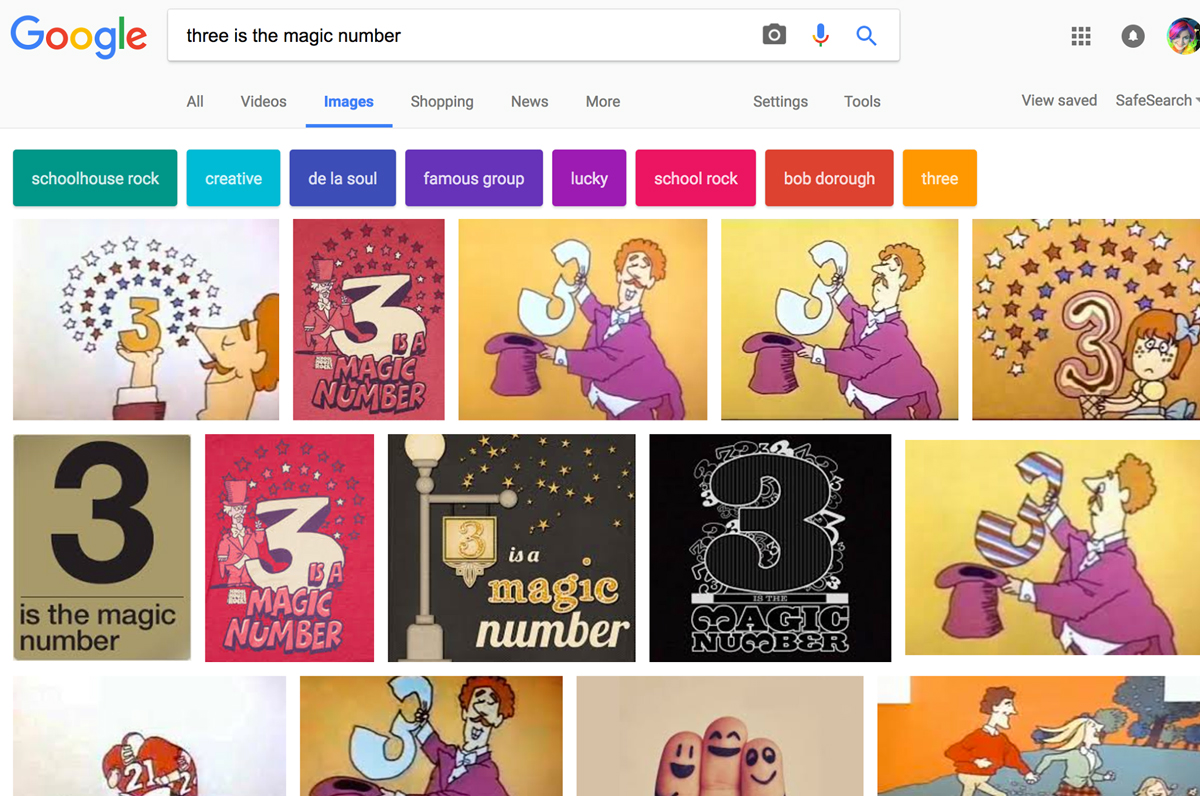